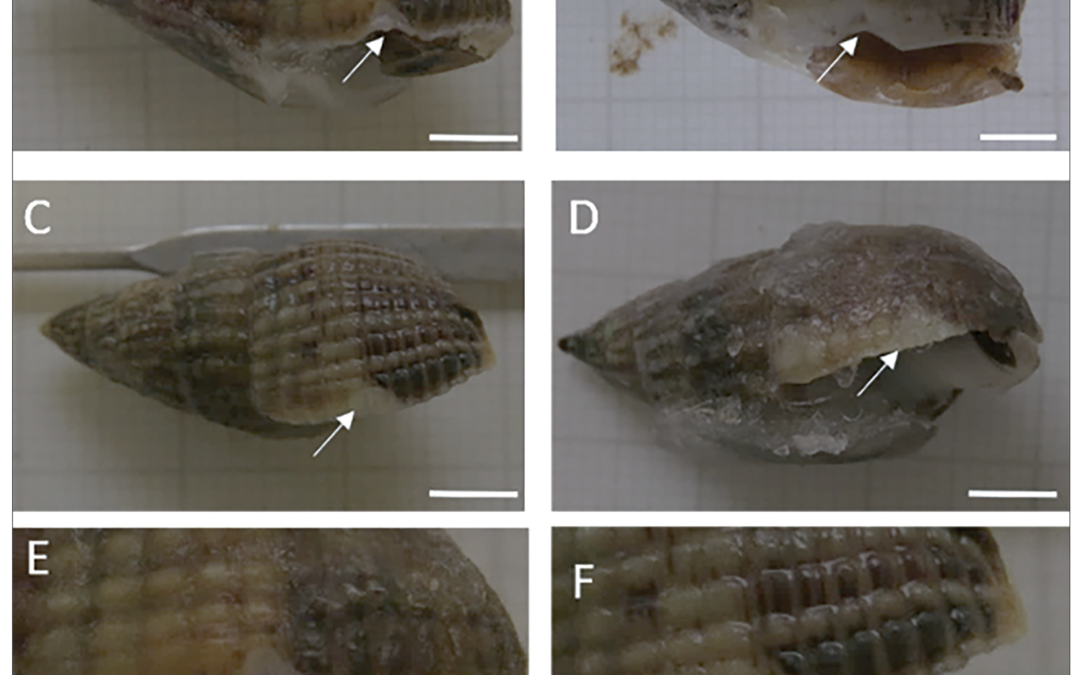 Ocean acidification (OA) poses a major threat to marine animals, especially marine shelled invertebrates such as molluscs. Although many organisms are capable of compensating for the effects of OA, this can impose physiological costs and impact performance (e.g. through increased metabolism and decreased growth). Sublethal injuries on shells may provoke changes in energy allocation. Under acidified conditions, organisms would spend less energy on reproduction and somatic growth to repair the damage. Therefore, we analysed the physiological responses of the intertidal gastropod Tritia reticulata during shell regeneration under OA conditions. We simulated a sub-lethal predation event (a notch in the outer lip of the shell) and individuals were exposed to control (pH 8.08) and low pH scenarios (pH 7.88 and 7.65). After two months exposure, all individuals showed shell repair, with a full repair rate observed in 75% of individuals. Contrary to expectations, shell repair following sub-lethal damage and OA had no apparent impact on physiological state in terms of energy reserves (as measured by whole-animal Carbon/Nitrogen) or growth potential (as measured by whole-animal RNA:Protein and RNA:DNA ratios). As an intertidal organism, T. reticulata could be resilient to future global environmental change because of compensatory mechanisms that are inherent in intertidal animals, and may represent a robust species with which to study future scenarios of OA in temperate coastal ecosystems. However, unrestricted food availability during experiment could have played a role in the results and therefore food limitation should be considered in future studies regarding shell repair and metabolism under the effects of OA.