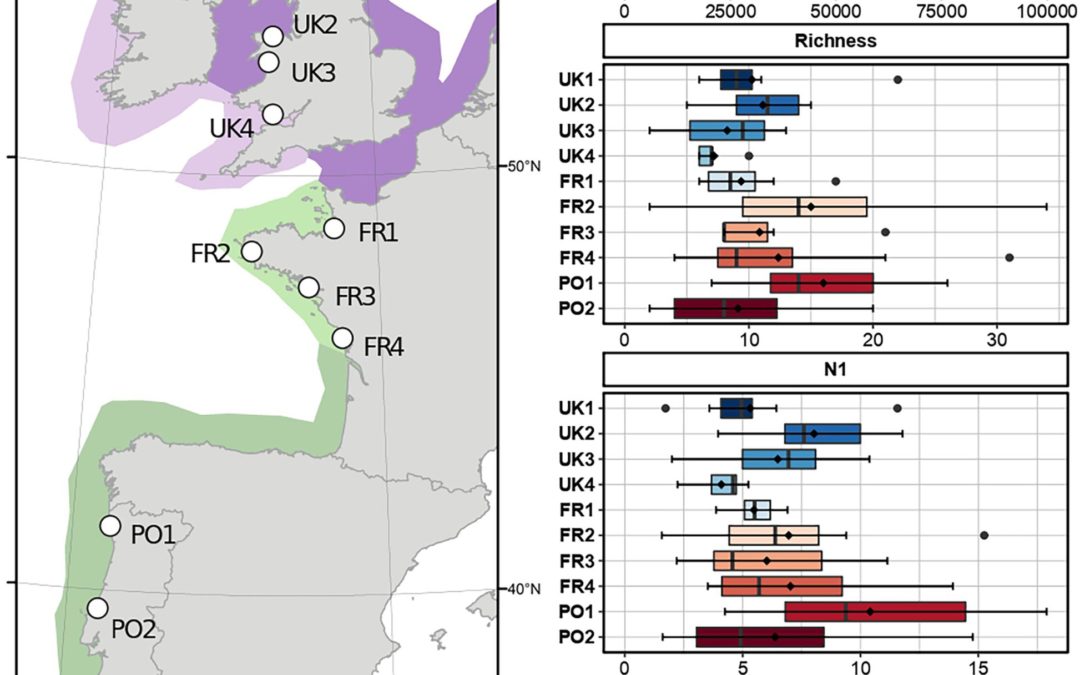 Reef-building species are recognized as having an important ecological role and as generally enhancing the diversity of benthic organisms in marine habitats. However, although these ecosystem engineers have a facilitating role for some species, they may exclude or compete with others. The honeycomb worm Sabellaria alveolata (Linnaeus, 1767) is an important foundation species, commonly found from northwest Ireland to northern Mauritania, whose reef structures increase the physical complexity of the marine benthos, supporting high levels of biodiversity. Local patterns and regional differences in taxonomic and functional diversity were examined in honeycomb worm reefs from 10 sites along the northeastern Atlantic to explore variation in diversity across biogeographic regions and the potential effects of environmental drivers. While taxonomic composition varied across the study sites, levels of diversity remained relatively constant along the European coast. Assemblages showed high levels of species turnover compared to differences in richness, which varied primarily in response to sea surface temperatures and sediment content, the latter suggesting that local characteristics of the reef had a greater effect on community composition than the density of the engineering species. In contrast, the functional composition of assemblages was similar regardless of taxonomic composition or biogeography, with five functional groups being observed in all sites and only small differences in abundance in these groups being detected. Functional groups represented primarily filter-feeders and deposit-feeders, with the notable absence of herbivores, indicating that the reefs may act as biological filters for some species from the local pool of organisms. Redundancy was observed within functional groups that may indicate that honeycomb worm reefs can offer similar niche properties to its associated assemblages across varying environmental conditions. These results highlight the advantages of comparing taxonomic and functional metrics, which allow identification of a number of ecological processes that structure marine communities.