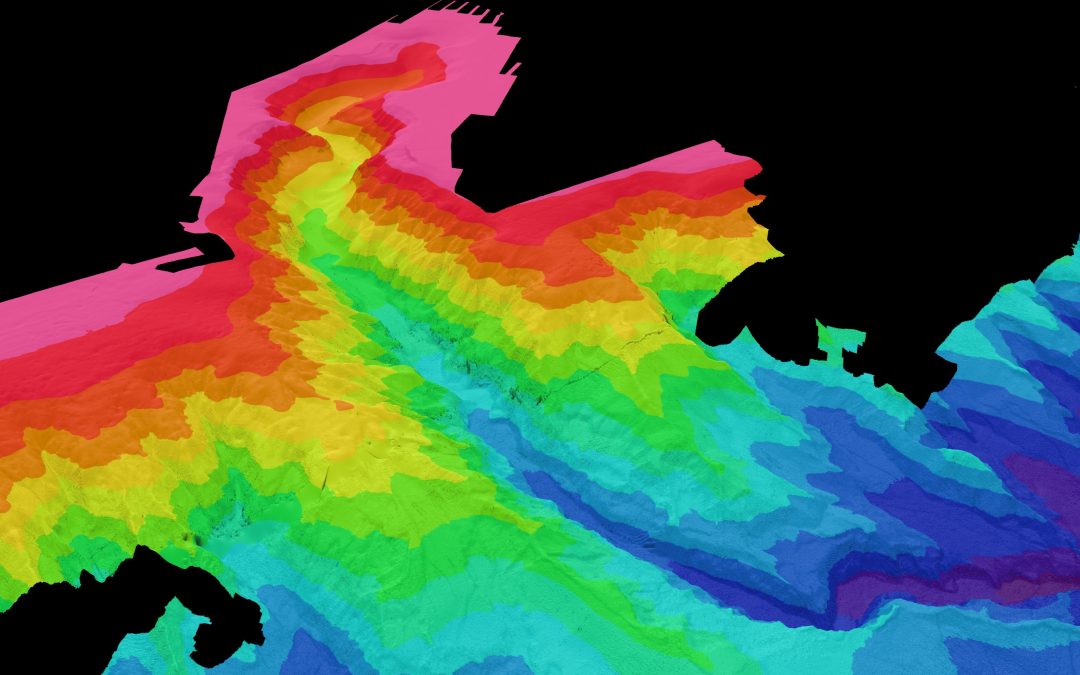 A multi-disciplinary study of two major submarine canyons, Baltimore Canyon and Norfolk Canyon, off the US mid-Atlantic coast focused on the ecology and biology of canyon habitats, particularly those supporting deep-sea corals. Historical data on deep-sea corals from these canyons were sparse with less than 750 records for the mid-Atlantic region, with most being soft sediment species. This study substantially increased the number of deep-sea coral records for the target canyons and the region. Large gorgonians were the dominant structure-forming coral taxa on exposed hard substrates, but several species of scleractinians were also documented, including first observations of Lophelia pertusa in the mid-Atlantic Bight region. Coral distribution varied within and between the two canyons, with greater abundance of the octocoral P. arborea in Baltimore Canyon, and higher occurrence of stony corals in Norfolk Canyon; these observations reflect the differences in environmental conditions, particularly turbidity, between the canyons. Some species have a wide distribution (e.g., Paragorgia arborea, Primnoa resedeformis, Anthothela grandiflora), while others are limited to certain habitat types and/or depth zones (e.g., Paramuricea placomus, L. pertusa, Solenosmilia variabilis). The distribution of a species is driven by a combination of factors, which include availability of appropriate physical structure and environmental conditions. Although the diversity of the structure-forming corals (gorgonians, branching scleractinians and large anemones) was low, many areas of both canyons supported high coral abundance and a diverse coral-associated community. The canyons provide suitable habitat for the development of deep-sea coral communities that is not readily available elsewhere on the sedimented shelf and slope of the Mid-Atlantic Bight.