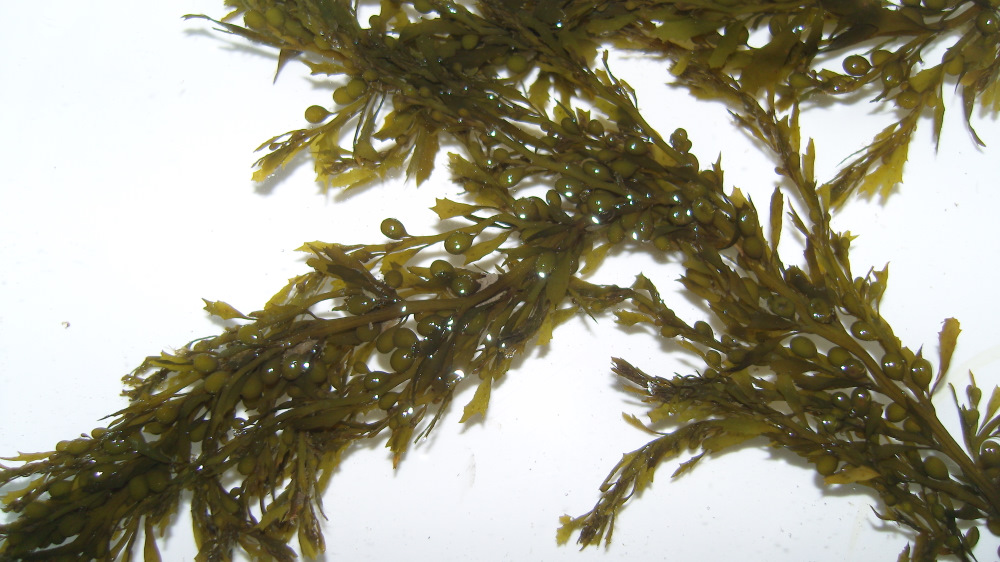 Populations of the invasive alga Sargassum muticum were sampled along a time-since-invasion (TSI) gradient to test the hypothesis that chemical defences would increase with TSI, and diversity of native mesoherbivores. Algal chemical defences, phlorotannins, were quantified as a proxy for top-down-pressure, and these were compared with both native enemy diversity and time-since-invasion at each of seven sites along the west coast of the UK. The defences in the annual fronds showed a strong positive correlation with the biodiversity of native mesoherbivores. The defences in the perennial holdfasts, whilst generally higher than those in the fronds, showed no relationship. In contrast, defences in neither the fronds nor the holdfasts showed any relationship with TSI. The majority of mesoherbivores found in this survey were small and probably juvenile. Many of these individuals are known to occupy the fronds of S. muticum for shelter or to feed on its epiphytes, and are probably less likely to feed directly on its tissues than adults. The low probability that any one species of grazer was feeding on S. muticum tissues may explain why the alga contained a greater level of phlorotannin when the diversity of potential enemies was high. This study highlights the importance of enemy diversity in invasion ecology.