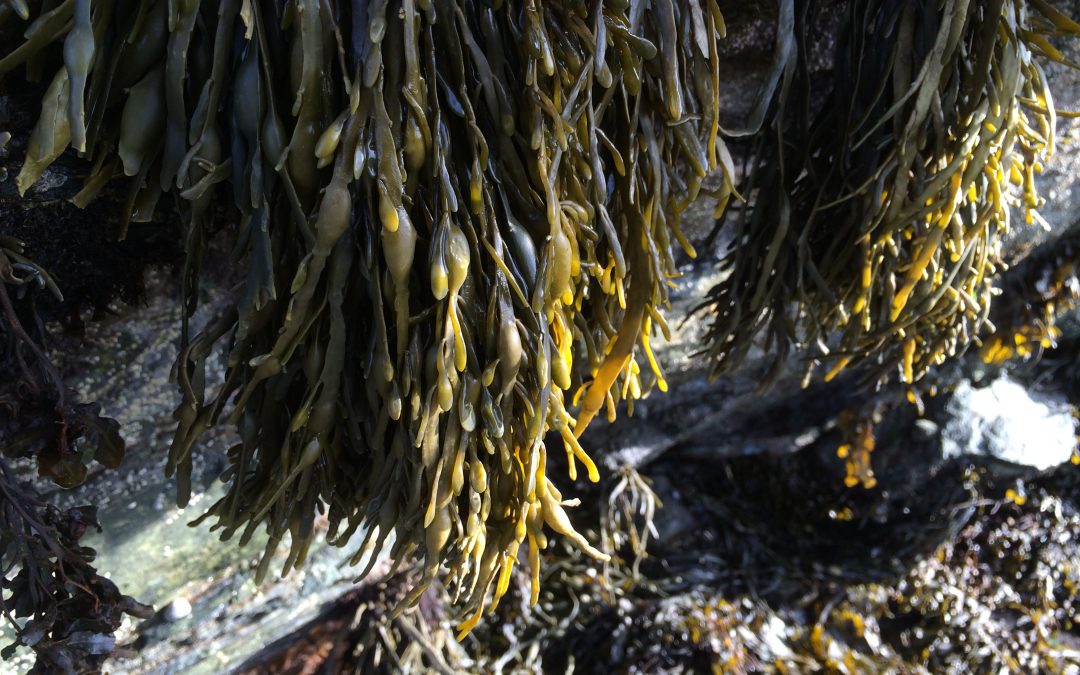 The existence of sex-specific reproductive trade-offs is well established in plants. They usually occur because females invest more resources into reproduction than males, and have to compensate by sacrificing growth or defence. Investigations into by-sex differences in resource allocation by seaweeds are comparatively scarce. A small number of authors report differences between the sexes in some red algae, but known by-sex differences in brown algae are largely confined to the reproductive structures. In this study, sex-specific reproductive trade-offs are investigated in the common temperate brown alga Ascophyllum nodosum from three distinct populations. Quantified investments into growth, defence, and reproduction of a large number of individuals (n = 720) selected across a full annual cycle are presented in parallel with feeding trials using a common gastropod herbivore and a comprehensive assessment of the biotic and abiotic stressors impacting on A. nodosum at three sites. These reveal that sex-specific reproductive trade-offs occur in two of the three populations, as females invest more into reproduction than males and are subsequently less chemically defended for the months post gamete release. Feeding trials confirm that this leaves females more vulnerable to grazing pressure during these months, although mortality and competitive ability appear unaffected in the field. Possible causes of the trade-offs made by females are discussed, and new avenues of investigation are identified which could reveal interesting parallels between seaweeds and higher plants.