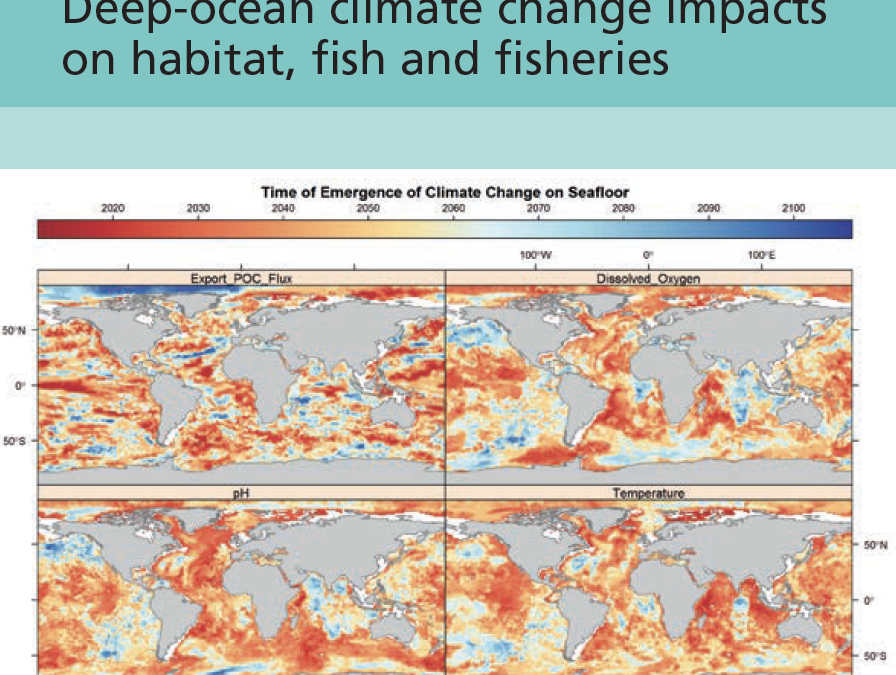 The spatial distribution of many VME indicator taxa and commercially important deep-sea fish species is largely driven by localized terrain characteristics and environmental settings. These organisms are likely to respond to future changes in climate conditions (Sections 8 and 11). Therefore, understanding how species distribution may shift in response to climate change over the course of this century is of paramount importance for developing management measure capable of taking climate change into consideration. Climate envelope models, habitat suitability models, and species distribution models (SDMs) have been frequently used to predict changes in distribution of species under past and future climate conditions (e.g. Pearson and Dawson, 2003; Hijmans and Graham, 2006; Coro et al., 2016). However, due to the lack of reliable prediction of the future environmental conditions close to the seabed, SDMs have not been widely applied in the context of deep-sea species.

With the recent development of scenarios of future seabed environmental conditions (Sweetman et al., 2017), SDMs can now be a useful tool to evaluate shifts in the distribution of deep-sea VME indicator taxa and fish. Making use of species occurrence data from the Ocean Biodiversity Information System (OBIS) and a set of projections for POC flux, dissolved oxygen, seawater pH and potential temperature at seafloor in 2100 (Sweetman et al., 2017), the habitat suitability for six cold-water coral species and six fish species was modelled under current and future climate conditions, using Maxent, for the northwest and northeast Atlantic. This work is a preliminary attempt to determine whether SDMs are useful tools for predicting potential future changes in the distribution of deepwater species in the north Atlantic.